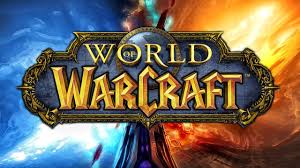 What is an MMORPG?

A Massively Multiplayer Online Role-playing Game (MMORPG) allows large numbers of players to participate in virtual role-playing games. A player can access the virtual world through a server often known as a realm. Most MMORPGs feature social interaction, culture, economics and a character progression system within the fantasy setting.

With thousands of computer games on the market, why are MMORPGs attracting so much attention?

When you create an avatar, you are creating a virtual version of yourself. It is the ultimate experience for lovers of fantasy and science-fiction. You can immerse yourself in the virtual world with the pleasure of knowing you are not alone, you are sharing your virtual space with other gamers across the globe. In short, what makes the game-play unique is the community shaped through social interaction, add to this, the heightened pace of competition and the good-versus-evil element of the game, MMORPGs are nothing short of a phenomenon.

MMORPGs offer the ultimate escapism. In a virtual world, an individual has a chance to attain achievements that may be harder to obtain, if not impossible to attain, in the real world. The graphics in most MMORPGs are amazing and  the quests endless.

As you embark on a voyage of discovery, uncovering new lands and higher planes, you become a hero and receive all the trappings of success. You will be spurred on by the thought of gaining more skills as you conquer one level after another. You can acquire special abilities/powers such as flying and spell-casting. You have the capability to acquire extraordinary wealth in the form of virtual currency. You can also acquire virtual items, points and bonuses to assist with game-play progression. You can own and control virtual pets, learn new crafts and join in virtual festivities.

Other common features of MMORPGs include: auction houses, where you can buy and sell items, armouries, chat logs, dungeons and quest maps.

In MMORPGs, the fantasy/science-fiction world has been written. Its culture, economics, geographical make-up, history, religion, etc. have been put in place. All you have to do is sign up and join in.

You don’t have to be an experienced gamer to enjoy the MMORPG experience. Most MMORPGs provide tutorials or training/practice sessions to get you familiar with the game.

Your game play begins when you go into the official website of your chosen MMORPG. Most offer a free 10 day or two week trial. You will need to download and install the game. In order for your chosen game to fully operate on your PC, you will need to check that you have at least the minimum system requirements, as they vary from game to game.

You will need to set up an account. You will then need to select a realm, otherwise known as a server on which to play your game. Choose the correct server for the country in which you reside and select a realm type. PvE (Player versus Environment) is the most common type. You are not playing against other avatars in PvE. Use this type if you want to play solo.

Lord of the Rings Online is becoming increasingly popular since it has gone free to play. Other fantasy Online favourites include: Runescape, Aion, Dungeons and Dragons, EverQuest, Guild Wars, and Lineage.