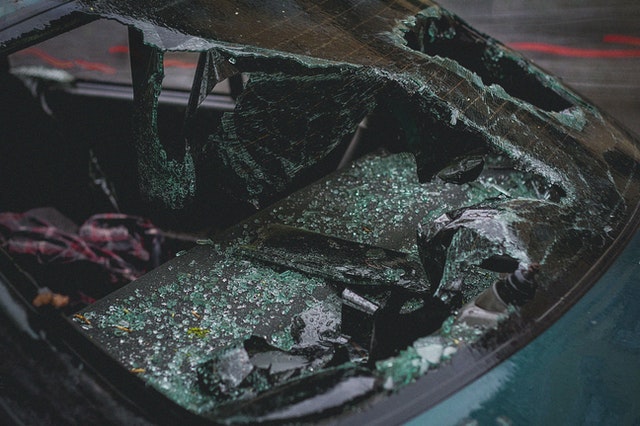 I wrote The Once Man as part of my assignment for the Curtis Brown novel writing course.

The Once Man: A Short Ghost Story

I drive down the narrow country road flanked by lofty trees. The road is clear up ahead. I wind down the car window and breathe the damp air. My skin tingles. I feel a chill on my neck. I slam on the brakes, put the car in reverse and drive back the way I came.

I don’t know why I turn back even after all these years. I haven’t driven a mile up the road when I glimpse his ghost-grey eyes watching me. I thump on the brakes. I jumped out of the car.

I charge up to the Once Man standing by a crooked tree. A bunch of withered flowers lie at his feet. He has on a moth-eaten maroon-coloured jumper and black jeans. ‘Why are you always watching me!’ I yell. ‘What do you want from me?’

The Once Man doesn’t answer.

I’ve seen him before, lingering by the gate of the Old Rectory Shack. The place had been vacant for almost a year before he moved in.

He didn’t see me standing in the field across from him. I cowered in the blackberry bushes. My boots caked in cow dung. He was pipe thin. His dark, shaggy hair hid his ears. I could tell by the way he moved he was young. Young and sickly. A mottled rash covered his skin. I thought about knocking on the door and introducing myself, but then it occurred to me that it was too soon. He’d need time to settle in first.

A week went by, then two. I continued to see him, standing outside the cottage staring at the window ledge or at the patchy grass. He wasn’t inspecting anything. He was brooding. Lost in his own thoughts. The longer I left it, the more curious I became. Until one evening, without giving it much thought, I crossed the road and knocked on his door.

A curtain twitched. A light came on in the hall. The door creaked open. I had planned to introduce myself in that cheery breezy manner one does when greeting neighbours for the first time. His hostility put me off. He held the top of the door securing it at a forty-degree angle. His jaw tightened. His eyes became slits.

I offered him my hand. ‘Jan-janette Tomlinson.’ I pointed across the road. ‘I live just across the way. I thought I’d introduce myself. What’s your name?’ I remember thinking, I should have brought something: a casserole, a bottle of wine, a fatted calf. If I was going to play the nosy neighbour, I might as well be a generous one.

There was a long bout of silence, before he eventually spoke.

‘Lucian,’ he said, in a French accent.

I nodded. No surname worth mentioning then. ‘If you need anything, you can always knock. My door’s always open.’

Another bout of unbearable silence followed.

‘Thank you.’ He then bowed his head and slammed the door.

For several seconds, I stood there like a weed that had taken root, then I crossed over road and went about my own business. It was obvious that he wanted to keep himself to himself.

How odd that he should be here now? On this desolate road.

‘Hey watch it!’ I cry. I leap out of the way before his torch strikes me.

The Once Man has changed since I last saw him. He has grown a short beard. His mottled rash has disappeared and he has lost an inch or two of his shaggy locks. I can see his He turned his back on me.

I prod his shoulder. My hand goes straight through him.

‘I was the last person you saw before you died, aren’t I?’ I say.

I look past him to the rusted car wreckage mangled in a thicket of branches and bramble.

I remember the fog on the road. I had lost control of the car. I had careered into the tree to avoid hitting him. I was thrown from the car, down the muddy bank and into the river. I was swallowed by the rapids a long time ago.

The Once Man never forgets. So why do I?

I return to my car, sitting in the middle of the road. I turn on the ignition, crank up the gears and grip the steering wheel.

I drive down the narrow country road flanked by lofty trees. The road is clear up ahead. I wind down the car window and breathe the damp air. My skin tingles. I feel a chill on my neck. I slam on the brakes, put the car in reverse and drive back the way I came…