This is an excerpt from my dark comedy thriller. I didn’t set out to write a comedy, it just sort of happened. I embarked on this story when I signed up for the Curtis Brown, Starting to Write your Novel course last year. It was a great course, plus I won a book for my efforts! 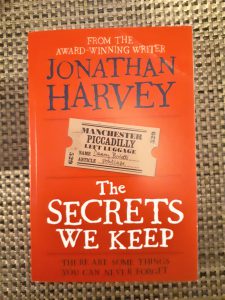 I wonder if I should be writing a dark comedy thriller, given that I’ve only read a handful in my life, and the fact that I’ve found myself laughing out loud at mainstream mysteries and thrillers, which aren’t supposed to be funny. I guess this says more about my twisted sense of humour, doesn’t it?

I’m still working on this one. Normally, it’s the plot I struggle with, in this case, it’s more about the details: forensics, police administration – that sort of stuff. I need to research the hell out of it, or it really will be a comedy!

I took part in National Writers novel Month in November, but not to work on my dark comedy thriller or something new. Thing is, I wasn’t fully invested. I spent a lot of time revising the third novel in The Other Worlds series I plan to publish later this year. It will be the last in the trilogy, but not necessarily the last Other Worlds tale.